Prize of My Heart by Lisa Norato

OK I see I'm having trouble with blogger posting my posts. I came in Tues. evening and this was scheduled to post Tues morning 12 AM and didn't so I scheduled it to post Wed. 12 AM and now here, Thurs. I look and it still isn't post. I don't know what the problem is, SORRY blogger must be having issues. 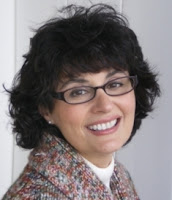 A life-long New Englander, Lisa Norato lives in a historic village with homes and churches dating as far back as the eighteenth century. She was born into a close-knit Italian family that hungered as much for the things of God as they did for lasagna. After church, the family spent Sunday afternoons gathered in fellowship around a never-ending feast that featured her grandmother's homemade spaghetti and pizza.

From the time she learned to read, her mother impressed her with the joy of getting lost in a good book. She passed novels along to her as early as age thirteen, but it wasn't until many years later that Lisa felt compelled to write one herself.

She first discovered a love of writing when assigned to write and illustrate a children's book at the art college she attended. She balances writing with a career as a legal assistant specializing in corporate law. When not creating stories, she enjoys domestic pursuits like precious time with her dog and family, cooking, baking and eating vegan, reading, her Bible, her favorite television shows and crocheting.

An unsolved mystery separates ex-privateersman Captain Brogan Talvis from his lost son--his only living relation, his only family. Shortly before her tragic demise, his wife abandoned their infant to strangers, refusing to reveal the child's whereabouts. Now, three years later, Brogan has discovered the boy at the home of a shipbuilder's daughter, Lorena Huntley.

Lorena guards a dark secret about her young charge. She finds herself falling for the heroic captain who has come to claim his newly built ship, unaware his motive for wooing her is to befriend the boy he plans on reclaiming as his own--until the day anothers evil deceit leaves her helplessly shipbound, heading toward England.

As the perfect opportunity to reclaim his son unfolds, Brogan is haunted by thoughts of Lorena in her dire circumstance, and he is forced to make a heartrending choice between his child and the woman who has begun to capture his heart. But only his unselfish sacrifice can win him the greatest prize of all--love.

If you would like to read the first chapter of Prize of My Heart, go HERE.

Posted by apple blossom at 6:14 PM