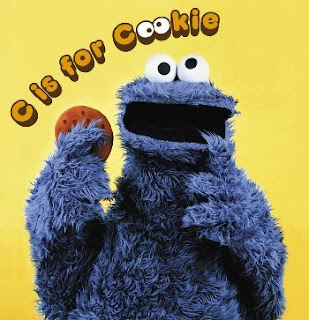 Hey everyone tomorrow,
Friday, Oct. 1st is
National Homemade Cookie day.
Guess what I'm going to make????  Yep, you bet ya.  COOKIES!!!  Plan to make cookies and sometime within the week post about it on your blog.  Check back tomorrow I'll try to have a place where you can comment and leave me a link with pictures and recipe whatever you want to share.  This ought to be fun to see what everyone makes.  What is your favorite cookie??????

Posted by apple blossom at 6:06 PM No comments:

Labels: in the know, this n that

I don't think a bookcase headboard would hold all the books I have.  This is just one shelf in my house  they are packed two deep each shelf.  It's screaming for relief. Being an avid book blog reviewer saying I have lots of books is an understatement.  Before I became a BBR I had lots of books this has just added to my stash.  However, I wanted to tell you about the beautiful bookcase headboard I spied at the CNS stores on-line.  Matter-in-fact I'll show you some bookcase headboard(s) that you may find in their archives. They have you covered when it comes to style....

However, you can find just about anything for your home at an of the  200+ CSN stores.
You'll find Home Decor, Housewares, Office furniture and more.  Why not get started today.

Labels: CSN stores, in the know, this n that 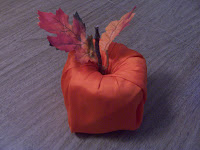 OK.  I haven't posted a craft in awhile so today I'm going to post a super easy craft.  This can be made with orange fabric for a pumpkin or with red for an apple.  this is really super easy with no sewing no gluing  involved. 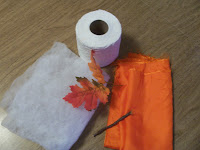 Lay your toilet paper roll on top of batting and roll them up together like so....

Now lay out your piece of fabric and stand the batting wound toilet paper in the middle.

Take the corners of the fabric and proceed to tuck them into the middle of the toilet paper roll.  if edges of material are frayed you can hid them by folding them in and tucking them away in the folds.  Move all the way around the roll til you have all the corners tucked in. 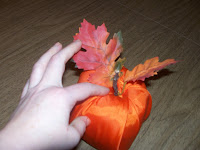 Add your leaf and stem by placing them in the center of the toilet paper roll.  They should stay tucked right in real nice.  It's very easy, peasy.  Now you have a nice fall decoration.


I'm going to try something new.  I'm putting a Mr. Linky up for a week and you may add a craft that you have posted for others to visit.  Let's see how it goes.

Posted by apple blossom at 8:28 AM No comments:

Wordless Wednesday ~ We were There 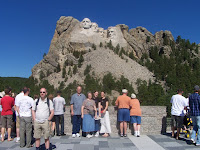 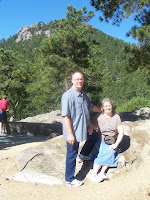 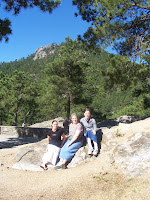 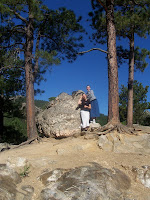 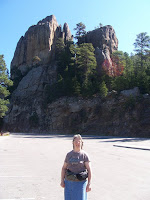 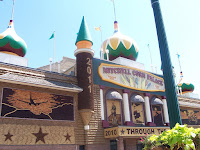 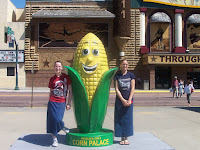 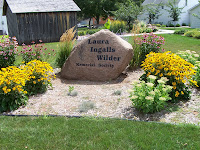 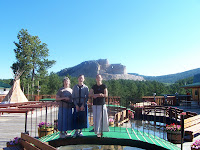 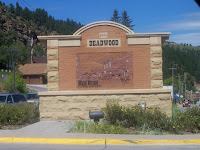 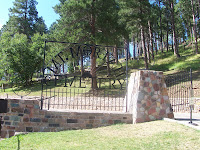 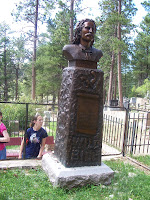 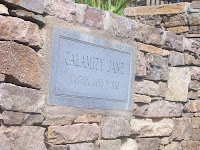 My first job was working in an Orange Juice factory, but I got canned. Couldn't concentrate.

Then I worked in the woods as a Lumberjack, but just couldn't hack it, so they gave me the axe.

After that, I tried being a Tailor, but wasn't suited for it -- mainly because it was a sew-sew job.

Next, I tried working in a Muffler Factory, but
that was too exhausting.

Then, tried being a Chef--figured it would add a little spice to my life, but just didn't have the thyme.

Next, I attempted being a Deli Worker, but any way I sliced it... couldn't cut the mustard.


My best job was a Musician, but eventually found I wasn't noteworthy.

I studied a long time to become a Doctor, but didn't have any patience.

Next, was a job in a Shoe Factory. Tried hard but just didn't fit in.

I became a Professional Fisherman, but discovered
I couldn't live on my net income.

Managed to get a good job working for a Pool Maintenance Company, but the work was just too draining.

So then I got a job in a Workout Center, but they said I wasn't fit for the job.

After many years of trying to find steady work, I finally got a job as a Historian - until I realized there was no future in it.

My last job was working in Starbucks, but had to quit because it was the same old grind.


SO, I TRIED Retirement AND FOUND I'M PERFECT FOR THE JOB! 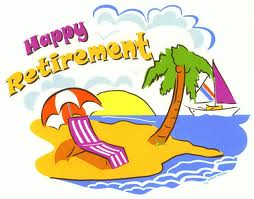 Posted by apple blossom at 7:48 AM No comments: