Angels from the Realms of Glory 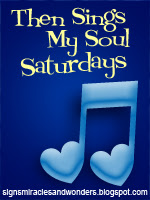 
James Montgomery - Lyrics
1771-1854
Born: November 4, 1771, Irvine, Ayrshire, Scotland.
Died: April 30, 1854, Mount, Sheffield, England.
Buried: Sheffield, England. In his memory, a statue was erected in the Sheffield cemetery, a stained glass window was in­stalled in the parish church, and a public hall was named after him.

When one recalls important contributors to the development of English hymnody, the names of Isaac Watts, generally titled the father of English hymnody, and Charles Wesley, provider of approximately 6,500 hymn texts, are usually acclaimed the most important. Next to these two spiritual leaders, however, it is commonly agreed by students of hymnology that no writer has made a greater contribution to English hymnody than has James Montgomery. A foremost authority in hymnology, John Julian, has written.

Montgomery’s devotional spirit was of the noblest type. With the faith of a strong man he united the beauty and simplicity of a child. Richly poetic without exuberance, dogmatic without uncharitableness, tender without sentimentality, elaborate without diffusiveness, richly musical without effort, he has bequeathed to the church wealth which could only come from true genius and a sanctified heart.

James Montgomery’s parents were Moravian missionaries to the West Indies. While attending a Moravian seminary in England, young James received word of the sudden death of both of his parents on the mission field. James left the seminary suddenly and, for a period, lived a life of aimless discouragement. Soon he became interested in newspaper work and writing. Ate the age of twenty-three he was appointed editor of the weekly Sheffield Register in London, maintaining this position for the next thirty-one years. In 1825 he gave up his paper to devote himself solely to literary and philanthropic pursuits, including the promotion of foreign missions, a cause always dear to his heart. By 1833 his integrity and worth were widely recognized throughout government as a reward for his many contributions to English society.

“Angels, From the Realms of Glory” first appeared as a poem in Montgomery's newspaper on December 24 1816. Later it was published in a hymnal entitled Montgomery’s Original Hymns and was known as have acclaimed this as one of the finest Advent hymns.


Henry Thomas Smart - Composer
1813-1879
Born: October 26, 1813, London, England.
Died: July 6, 1879, London, England.
Buried: Hampstead Cemetery, London.
The composer of this tune, know as “Regent Square,” was Henry Smart, born on October 26,1813, in London, England. Although largely self-taught, Smart was recognized as one of the finest organist and composers in the British Isles in his day. He was totally blind for the last fifteen years of his life, yet he continued to play and write some of his finest music. “Regent Square” was written during this period of blindness. The tune was composed especially for a hymnal being compiled by Dr. Hamilton, pastor of London’s Regent Square Presbyterian Church, known as the “Cathedral of Presbyterianism” in London.

Therefore the Lord himself shall give you a sign; Behold, a virgin shall conceive, and bear a son, and shall call his name Immanuel. Isaiah 7:14

Behold, a virgin shall be with child, and shall bring forth a son, and they shall call his name Emmanuel, which being interpreted is, God with us. Matthew 1:23

And it came to pass on the third day in the morning, that there were thunders and lightnings, and a thick cloud upon the mount, and the voice of the trumpet exceeding loud; so that all the people that was in the camp trembled. Exodus 19:16

And there shall come forth a rod out of the stem of Jesse, and a Branch shall grow out of his roots: And the spirit of the LORD shall rest upon him, the spirit of wisdom and understanding, the spirit of counsel and might, the spirit of knowledge and of the fear of the LORD; And shall make him of quick understanding in the fear of the LORD: and he shall not judge after the sight of his eyes, neither reprove after the hearing of his ears: But with righteousness shall he judge the poor, and reprove with equity for the meek of the earth: and he shall smite the earth with the rod of his mouth, and with the breath of his lips shall he slay the wicked. Isaiah 11:1-4

Through the tender mercy of our God; whereby the dayspring from on high hath visited us, To give light to them that sit in darkness and in the shadow of death, to guide our feet into the way of peace. Luke 1:78-79

There is also a wonderful devotional on this Christmas Song in the book:
Then Sings my Soul (special edition) by Robert J. Morgan
click here for more information on this book and my review

Posted by apple blossom at 2:30 PM