PATRICK TURNS HIS PLAY INTO PAY by: Patrick & Shani Muhammad 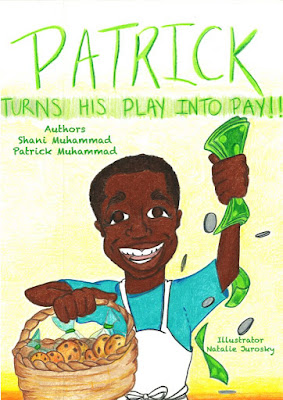 Once great and powerful sorcerers, the Amasiti were hunted to the brink of extinction by the Hir and his followers. For four hundred years, their legacy faded from memory waiting for the hope of Aferi to be renewed…

In the Land of Yet

At the edge of the Forbidden Forest

Forced to fend for herself after the brutal murder of her family, Ameenah Yemini has made a life for herself as a master tanner and farmer, only venturing into the world to earn her living then return to the safety and seclusion of her home.

Until a chance encounter brings her work to the attention of the powerful Hir and her careful life begins to unravel.

Drawn to the hidden magic that lingers in everything she touches, the new Hir insists on having her for himself, using the people around her to force Ameenah into his grasp.

When she realizes that her greatest enemy may hold the key to a secret she thought lost to her forever, Ameenah is determined to reclaim her stolen past.  But, at what cost? As an ancient power waits to be unleashed, Ameenah’s choices will make the difference between awakening a new magic or delivering it into the hands of evil.

Patrick Turns His Play into Pay is a cute picture book.  It is written in rhyme meter.  A little boy who is in need of money and solves his problem buy baking something yummy to sell and get some money.  His Madea teaches him the basics and Dad and Mom help when they don't have the money to give him right on hand.  If you have a young budding entrepreneur be sure to get this book to help motivate them to keep their dream alive at all cost, even when they get told no with the first few customers.  The illustrations in this book look as though they are done in chalk or pencil.  Can't wait to read other books in this series. 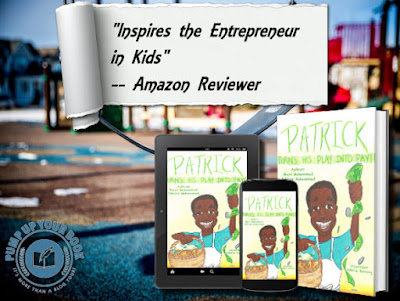 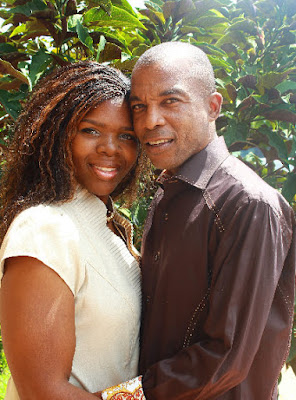 South Florida based janitor turned serial entrepreneur, Patrick Muhammad took what some would call an unconventional route to his newest venture.  “What I do now has evolved.  It truly took my passion and has turned it into a profession for me. I can see myself mentoring and sharing my story with young people easily for the next 20 years.  I love talking to young people and showing them, what entrepreneurship looks like. I love sharing my stories of how I came to be.  I didn’t just wake up one day and have all the answers.  My wife and I bumped our head A LOT.  I just want to say to them, look…here’s the blueprint.  Start now, don’t wait until you’re 30.  Passion has no age requirement, and has no limit on how many you can have. I started out as a janitor, then became a baker now I am into motivational speaking. They just have to have the passion and guidance. Anything is possible.”

“Patrick Turns His Play Into Pay” is the 1st book in a series of children’s books authored by husband and wife writing partners, Shani and Patrick Muhammad. The idea for the book was created one night while trying to explain the reason there was a gigantic, neon, pink and orange food-truck, now sitting in their front yard to their then 4 year-old Qadeer.   Patrick and his wife came up with the idea that they would write a keepsake item for all their children, detailing the road they took to becoming entrepreneurs.  The primary message is simple. By tapping into your passion early in life you can turn your playdays into paydays.  Once the book was published they both realized that the story could not only inspire their own children to entrepreneurship, but others as well. Shani figured out how to self-publish it and Patrick would take it to different youth groups in his community.   “I began shopping the book around to childcare centers and non-profits that served young people in the projects and the adults loved it.  “They really loved the idea that it was based on a true story and that the message was coming from a black male perspective. A story their children could relate to.  The images were brown like them and I just always got a positive response.  We took that book everywhere with us, and the response was this is a message that’s needed.  Children can’t be what they can’t see.”

Patrick currently lives in South Florida with his wife and three of his youngest five children.  He has a passion for planting the seed of entrepreneurship and carving out wealth building opportunities for his children’s generation. When he’s not writing books he’s on tour, speaking to groups of young people about basic principles of financial literacy and the benefits of early investing using cryptocurrency as a vehicle to establish future financial goals. When he’s not doing that…he’s on a creek with a fishing pole in his hand.

Shani Muhammad has been married to Patrick for 17 years now.  Together they have 5 children and 3 grandchildren.   Shani has spent the past 15 years in a classroom as a teacher. She too is a serial entrepreneur and has in the past owned a one-price shoe store, group homes and several online businesses. When she’s not working on the next children’s book in their series, she too enjoys researching and investing in crypto currencies and planning her family’s next “staycation.”