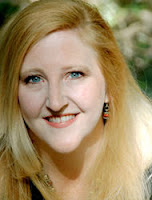 “My Iifelong interest in history and mythology has taken me to Italy, Greece, Egypt, Rome, Turkey, Jordan and Israel, where I’ve gotten to study those ancient cultures in rich detail,” says Higley. “It’s my desire to shine the light of the gospel into the cultures of the past, and I figure what better way to do that than to visit the cultures themselves?”

In addition to her accomplished novelist career, Higley is a business entrepreneur and a mother. In fact, for Pompeii, she brought her daughter along with her to Italy for the research trip.

“We gave it to her as a graduation present, not only because Italy is terrific, but because I believe in exposing children to global cultures,” says Higley, who became a student herself again this year. She’s now a graduate student at American Public University, earning her master’s degree in Ancient and Classical Studies.

When Higley isn’t traveling on research trips, writing her novels, or studying for class, she operates four online retail companies, including KoolStuff4Kids.com – a family-run business that began as a way for her oldest daughter to make some extra money for camp. Today, it is a go-to site for parents, children and teachers all over the country, looking for beads and other kid-friendly craft supplies.

Higley lives with her husband and her three other children (aforementioned daughter now in college) just outside Philadelphia, Pennsylvania.

Pompeii, a city that's many things to many people. For Cato, it's the perfect escape from a failed political career in Rome. A place to start again, become a winemaker. But when a corrupt politician wrongfully jails Cato's sister, he must oust the man from power to save her.

For Ariella, Pompeii is a means to an end. As a young Jew, she escaped the fall of Jerusalem only to endure slavery to a cruel Roman general. She ends up in Pompeii, disguised as a young man and sold into a gladiator troupe. Her anger fuels her to fight well, hoping to win the arena crowds and reveal her gender at the perfect time. Perhaps then she will win true freedom.

But evil creeps through the streets of Pompeii. Political corruption, religious persecution, and family peril threaten to destroy Ariella and Cato, who are thrown together in the battle to survive. As Vesuvius churns with deadly intent, the two must bridge their differences to save the lives of those they love, before the fiery ash buries Pompeii, leaving the city lost to the world.

If you would like to read the Prologue of Pompeii, go HERE.

Thanks to B&H Books I have a copy to giveaway.  I'd like for you to comment on what interests you most about this book.  Read the sample, watch the video, read the book summary above.  What is it that intrigues you most???? that is mandatory then I'll have some bonus entries available (on form) since I'm in the mood.  Please be sure to leave a way of contact.  I must limit this to US residents only.  Sorry.  I will draw a winner on July 1st.