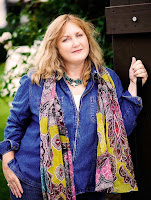 RITA and Carol award nominee Kathleen Y’Barbo is the best-selling, award-winning author of more than forty novels, novellas, and young adult books. In all, more than one million copies of her books are currently in print in the US and abroad, and her books have been translated into Dutch, German, and Spanish, to name a few.

Kathleen is a member of American Christian Fiction Writers and Romance Writers of America. She holds a BBA from Texas A&M University’s Mays Business School and a certification in Paralegal Studies, and is a former member of the Texas Bar Association’s Paralegal Division.

A tenth-generation Texan, Kathleen Y’Barbo has four children of her own as well as seven bonus kids she gladly inherited when she married her own hero in combat boots (read about their real-life romance here!). Kathleen is proud to be a military wife, even if it did mean giving up her Texas drivers license. 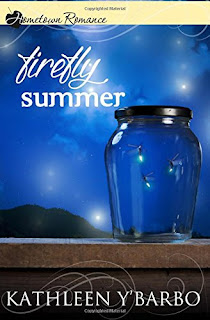 Artist Sessa Chambers may never recover from losing her prodigal son. Even as she grieves the tragic decisions that led to his death, and left her with a toddler to raise, she’s asked to work on her dream project—restoring carousel horses for the Smithsonian. But she can’t do it on her own…

Dr. Trey Brown can’t pick up a scalpel again. Yes, he acted in self-defense, but the events of that awful night haunt him. He was trained to save lives, not take them. When he goes to the young man’s widowed mother to apologize, she’s not at all what he expected. For one thing, she’s not as alone as he thought—not with the fearsome ladies of the Pies, Books, and Jesus Book Club in her corner. For another, she’s beautiful, and being in her presence is more jolting than any eight-second bronco ride from his former rodeo days. Before he knows it, she’s captured his heart as easily as they capture the fireflies gracing Sessa’s Texas ranch.

How can they overcome their past to embrace a future together?

If you would like to read the first chapter of Firefly Summer, go HERE.