Once Upon a Summertime by Melody Carlson

This week, the
Christian Fiction Blog Alliance
is introducing
Once Upon a Summertime
Revell (June 2, 2015)
by
Melody Carlson 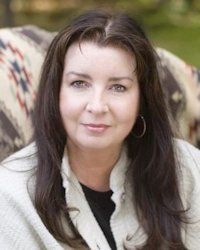 My husband Chris and I live in a cabin-style home next to the National Forest in the beautiful Cascade Mountain area of the Pacific Northwest. Our two grown sons and granddaughter live nearby and we try to see them as often as we can. We also have two 're-homed' pets to make life more interesting-our yellow Labrador retriever Audrey and a Maine coon cat named Harry.

My writing studio is in a separate building next to our courtyard (a garden area that's off limits to the voracious deer). The window behind my desk looks out into the Ponderosa pine forest, where I see deer, squirrels, rabbits, and an occasional raccoon. The other windows in my office overlook the courtyard which is frequented by numerous hummingbirds in the summertime-one August evening we counted nearly fifty of the little hummers. 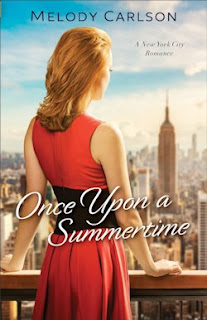 Managing the Value Lodge in her hometown was not what Anna Gordon had in mind when she set out in the hospitality industry. But it's a safe choice for a woman whose childhood was anything but stable. Out of the blue, she gets a once-in-a-lifetime chance to reinvent herself by moving to New York City, where she hopes for a management position at a stylish new boutique hotel. The big city is full of surprises--not the least of which is Sean O'Neil. Her childhood crush has applied for the very same position!

Sweet, romantic, and endlessly entertaining, this romp through the storied streets of New York City will enchant readers. Melody Carlson has created characters so charming that readers will long to meet them in the lobby of the stunning Rothsberg Hotel.

If you would like to read the first chapter of Once Upon a Summertime, go HERE.