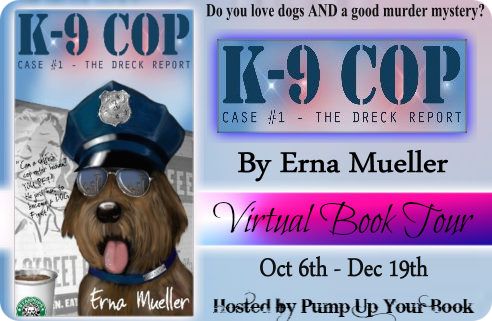 Lieutenant Spencer Watley
Hey there. My name is Spencer Watley, and I’m a Lieutenant at the Seattle Police Department. Well, I guess that’s not the whole truth.  You see, some Cyber killers did me in and I landed before the gates of heaven. I was standing there knockin’ but the door wouldn’t open. An angel standin’ there told me no way am I going in.  What, you must be mistaken, I says, what’s my room number? Here I am a great cop, I donno know how many scumbags and lowlifes I put in the slammer, don’t that count for nothin’? The angel wasn’t listening, she just told me I was jerk, and insensitive to boot. Do you believe that, a jerk! She said I had to go through the J.R.P. if I ever wanted to enter. The J.R.P I asked, what the heck is that? It’s the Jerk Redemption Program, said the angel. That’s non-stop Oprah and Dr. Phil reruns, we will make you nice and sensitive, jerk.  I shivered and nearly passed out at the thought. Can you imagine that? I can’t stand all that mushy, touchy feely stuff.  But the angel had something else up her sleeve. The other option she gave me was, I could help a young kid and his dysfunctional family. Hey, that sounds way better I said. And just as she’s sendin’ me back down to earth, she pulls this zinger on me.  I can only go back in the body of my K-9 partner. Well, I just said forget it, I ain’t becoming no dog.  But the angel wouldn’t listen. So here I am a stupid dog. And the teenager I’m trying to help is a smart-mouthed, know-it-all puber who’s grouchier than I am.  You think this is bad, wait till you read the rest, it gets even worse. I dare you to read it.

No one thought as highly of Lieutenant Spencer Watley as he did himself. This selfish cop met 14 year-old Justin Andrews during an important stakeout. Determined to nab a group of cyber killers, he wasn’t going to let anything get in his way, especially a smart mouthed teenager like Justin.
After Spencer bids him good riddance, he is killed by the hackers and stands before the gates of heaven. But – what’s this? After a life of putting dangerous criminals behind bars, he’s locked out?

He yells at the angel blocking his entrance, only to find out he needs to go through the J.R.P. program before he can enter. That’s the Jerk Redemption program, otherwise known as sensitivity training boot camp, which to his horror consists of non-stop Oprah and Dr. Phil reruns. Or he can go back to earth and help Justin’s dysfunctional family. Spencer opts for the lesser of two evils, to help Justin.
But the Angel pulls a fast one on Spencer. He can only go back to earth in the body of his K9-Partner. Spencer refuses, but like it or not, Spencer becomes a dog.  He falls back to earth and is slowly morphed into a dog that closely resembles a mop.

And if being a dog wasn’t bad enough, Spencer also swallowed an important microchip his killers need to hack into PC’s and steal millions. Now the criminals are hot on his trail for the only existing microchip that’s logged in his belly.

Justin and Spencer butt heads constantly; both are stubborn and willful, neither one wanting to give an inch. Spencer needs to find out what the killers are up to, so he swallows his pride and forms a bond with the boy. Spencer relays to Justin his past and together with the help of Justin’s girlfriend, Shahla; they discover the hacker’s plans. Spencer has broken down Justin’s reserve and he finally learns the meaning of unselfish love.

But it’s too late, the hackers have captured them.

Can Spencer maul the shins (and other choice areas) of his kidnappers and stop them from their evil plan?

Can a selfish man find a heart?

You bet.  He just has to become a dog first. 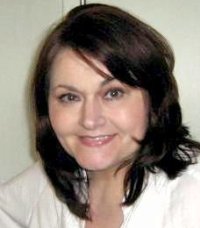 I was born in Austria and my family immigrated to the U.S. I loved living here as a child and considered the U.S. my home. My family returned to Austria and of course I had to tag along. I missed the friendly faces and the cultivation of the free spirit which America symbolizes. In Austria I completed my education but always wanted to return, so here I am.

I traveled the world and lived in many exciting cities such as Paris, Munich and London. I currently work as an accountant for a large pizza company in Seattle by day and passionately pursue a career as a writer in my spare time.

My new book, “K-9 Cop”, is adapted from my multi-national award winning screenplay.  The book has won several awards including first place in the 2009 National Good Read Competition sponsored by awomenswrite.com.

Please visit my web site at http://www.k9cop-woofwoof.com  for more reviews and other info.

Erna is giving away one audiobook of K-9 COP!