The Flower Fairy Superhero by: Noam and Bryan Atinsky 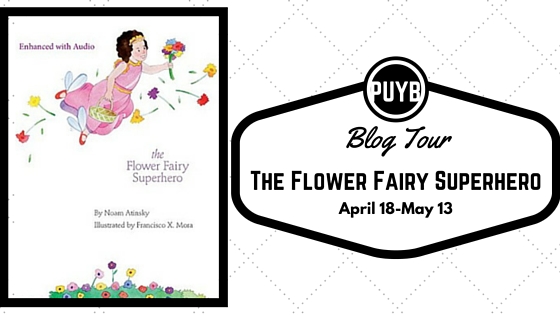 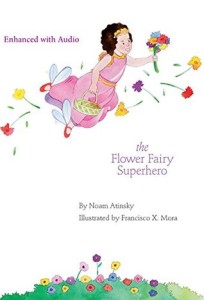 Title: The Flower Fairy Superhero
Author: Noam and Bryan Atinsky
Release Date: January 24, 2016
Publisher: Amazon Digital
Genre: Children’s
Format: Ebook/Hardcover
A read-along eBook (enhanced with audio),has a powerful message; it is a heartfelt example of a father honoring the memory of his daughter. Beautiful and creative Noam wrote this story as play to perform for her family on her 5th birthday. Her tale of a flower fairy that possesses very special powers able to help the meanest of people and change them into good and happy human beings is the perfect way to illustrate to children the power of a positive attitude. Written in Noam’s words, it speaks to a young audience and is easy to understand and relate to the story. The children can follow along while voice professionals act out the the story with Noam’s words. Part of the proceeds from the book will go to The Children’s Hospital of Wisconsin.

I am currently owner and Chef at a restaurant in Milwaukee. Before the death of my family, I was, for many years, a journalist and Executive Editor at a news organization based in Jerusalem. Being able to do a good percentage of my work from home, I was able to be an at home father, facilitating my wife to be able to work full time at a biological science lab. Because of this, I was deeply involved in bringing up Noam and my son, Ya’ari, from an early age.

Noam wrote the play, which became the Flower Fairy Superhero book, for her birthday, only 3 months before she was killed while visiting family and friends in Israel. Soon after the accident, a Hebrew version of her play was published in a national newspaper in Israel. This got me thinking that publishing her play as an illustrated children’s book would be the best way to honor her memory and creativity as a living memorial. I had thought of going to Francisco X. Mora, an artist and family friend who knew Noam, and has illustrated many children’s books over the years. Quite unexpectedly, he came to me, after reading a copy of Noam’s play, and requested that he be able to work with me to make Noam’s play into an illustrated children’s book. I jumped at his offer.

I believe that people live on through the memories of those whose lives they touch. I saw that publishing Noam’s creative and ethical story could not only spread her creativity to a much wider group of people, but that the story itself was life affirming and teaches the very positive lesson that kindness and caring are some of the most powerful tools we have in this world. Further, I felt that having a portion of the proceeds of the sale of Noam’s work go towards helping other children in crisis, would be an honor to the memory of Noam. I have given the book to many libraries around the Milwaukee area and donated over 500 copies to community organizations.

Similarly, my wife Efrat was a Plant Disease Biologist at the University of Athens, Georgia. After the accident, a memorial garden, highlighting her love of plants and nature, was established in Athens.
On the terrible day of March 7, 2010, Noam, her mother Efrat, her nine-month-old brother Ya’ari, and her grandmother Esther Gamliel, were killed in a car accident in southern Israel. But a few months before that day, on Noam’s 5th birthday, she wrote a puppet play—a superhero story!—to perform in front of her family and friends  at her birthday party. She dictated the story to my wife and I, and I wrote down what she said into our computer. We performed the play at our home in Athens, Georgia. Noam played the Flower Fairy, my wife Efrat played the Queen, and I played the Ogre.

This was suppose to be a review, but I can't get the ebook that was sent to me to load so I can read it properly.  So we'll just make it a book spotlight.  Sorry.