We're thrilled to be hosting Robin Jay's THE SECRETS OF THE KEYS Movie Blast today! 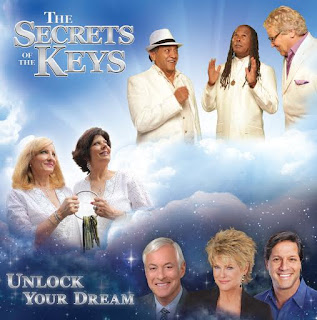 Imagine getting a life-altering call from your doctor.  That’s exactly what happens to motivational speaker and author “Elizabeth" in The Secrets of the Keys. Now, the inspiration she has used throughout her career to guide others comes back to her as she attempts to make sense of her situation.

Elizabeth comes face-to-face with her spiritual guide, “Gwen,” who has an intriguing opportunity for her. Gwen takes Elizabeth on a mystical journey where they encounter impressive experts eager to share the importance of 7 Keys: Appreciation, Harmony, Courage, Passion, Faith, Vibration, and Empathy.

Will she accept Gwen's unique offer of a new kind of existence? This empowering and transformational film is both entertaining and beautiful . . . and will forever change the way you look at life. 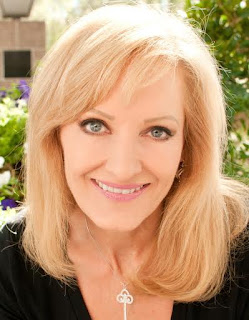 Robin Jay is an award-winning filmmaker, author, speaker, and publisher. She began her career in Personal Development as “The Queen of the Business Lunch™,” a Business Relationship Expert who shares the nuts-and-bolts of building profitable business relationships, with an emphasis on smart ways to network and socialize with clients.

Robin’s award-winning book, “The Art of the Business Lunch ~ Building Relationships Between 12 and 2” (Career Press) is in 12 languages worldwide. She is also a contributor to “Chicken Soup for the Wine Lover’s Soul.” Robin has been featured internationally on MSNBC-TV, Newsweek Magazine, CNN, the BBC, the New York Times, The London Financial Times, Forbes.com and other well-recognized media outlets.

In 2006, she founded the Las Vegas Convention Speakers Bureau. As president, she not only runs the bureau and coaches speakers to success, Robin also published “The Power of the Platform,” a series of anthologies that feature messages from today’s top motivational speakers, including Jack Canfield, Brian Tracy, and Les Brown.

Robin’s first film was “The KEEPER of the KEYS” – the first FUNNY personal development movie, which stars Jack Canfield, John Gray, and Marci Shimoff. Robin wrote, produced, and costars in the movie. Her goal was to empower viewers by keeping them engaged and entertained. She was thrilled when the movie won the Las Vegas Film Festival Award for Best Independent Film, and The INDIE Fest Award for Best Documentary.

Her latest project is titled “The Secrets of the Keys”, which features a fun, engaging fictional story along with expert testimonials and personal accounts from some of the top names in the self-help industry, including Brian Tracy, don Miguel Ruiz, Gloria Loring, Dannion Brinkley, Michael Beckwith, and John Assaraf. The film was released in January 2016 and immediately won awards, including two gold awards for Concept & Original Song from the International Independent Film Awards.
For More Information

Empowering, inspirational, encouraging are just a few words to describe this movie.  The message is beautiful loved learning about the 7 keys.  A very well done movie.  I enjoyed the movie.  Only one thing I'd change is about 1 hour and 24 min. into the movie there is a curse word.  That just grates on me to watch a Christian movie and they curse.  It just doesn't add to the dialogue.  I feel there is no need to curse to get our point across.  "Why Me?"  would have been sufficient to get the point across. Other than that one spot the movie was very powerful.

Robin is giving away 3 DVDs and 3 downloads!

a code was provided to me to view this movie online in exchange for my honest review by....