A Lasting Impression by Tamera Alexander 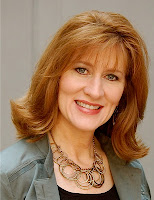 Tamera Alexander is the best-selling author of Rekindled, Revealed and Remembered, the critically acclaimed Fountain Creek Chronicles historical series with Bethany House Publishers. Her second historical series, Timber Ridge Reflections (From a Distance, Beyond This Moment, and Within My Heart) continue her signature style of deeply drawn characters, thought-provoking plots, and poignant prose which has earned her devoted readers—and multiple industry awards.

Tamera's newest novel A Lasting Impression is the first of a brand new three-book Southern historical series, and the first two chapters are available for review. She's at work on her ninth novel which will release in fall 2012.

After living in Colorado for seventeen years, Tamera has returned to her Southern roots. She and her husband now make their home in Nashville, Tennessee, along with Tamera's father, Doug, and with their two adult children who live near by. And don't forget Jack, their precious--and precocious--silky terrier.

To create something that will last is Claire Laurent's most fervent desire as an artist. It's also her greatest weakness. When her fraud of a father deals her an unexpected hand, Claire is forced to flee from New Orleans to Nashville, only a year after the War Between the States has ended. Claire's path collides with that of Sutton Monroe, and she considers him a godsend for not turning her in to the authorities. But when they meet again and he refuses to come to her aid, she realizes she's sorely misjudged the man. Trading an unwanted destiny for an unknown future, Claire finds herself in the middle of Nashville's elite society and believes her dream of creating a lasting impression in the world of art may finally be within reach.

All that Sutton Monroe holds dear lies in ruin. He's determined to reclaim his heritage and to make the men who murdered his father pay. But what he discovers on his quest for vengeance reveals a truth that may cost him more than he ever imagined.

Set at Nashville's historical Belmont Mansion, a stunning antebellum manor built by Mrs. Adelicia Acklen, the richest woman in America in the 1860s, A Lasting Impression showcases the deep, poignant, unforgettable characters that set Tamera's stories apart and provides an inspiring love story that will capture readers' hearts and leave them eager for more.

If you would like to read the first chapter of A Lasting Impression, go HERE.